It was calm, cold, night on Snow Hook Mountain, the skies were as clear as an ocean of stars cascading across the sky. Two friends, Charles the Snowman and Mac the Abominable Bigfoot, were starting to decorate their Christmas tree, when all of sudden a blazing ball of light shot across the sky.

“A shooting star!” they both shouted as the night became aglow with the light shinning off the freshly fallen snow. “Let’s go check it out,” said Charles. So they gathered up their sled and set out.

Through the forest and over hills they traveled, following that shooting star, until at last – KABOOM! It smashed into the frozen tundra creating a massive crater. Charles and Mac sledded up to the mammoth hole and cautiously peeked over the edge.

To their surprise they saw a magic lamp. Not just any old magic lamp, this one was different, special. It was adorned with majestic emerald Christmas trees and glittering red ornaments, all within a golden lamp that glowed and sparkled.

The two friends reached down and picked up the Magic Christmas Lamp, They closed their eyes and gave the lamp a rub, not knowing what to expect. BANG! WOOSH! KA-POW! Out sprang a Christmas tree like no other. Presents and gifts, packages with ribbons and bows, lights and trimming exploded in every direction. “HOORAY” they both shouted with an excited roar!

After a little adventure into the unknown with good friends, anything is possible on this magical Christmas night. 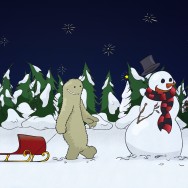 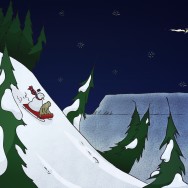 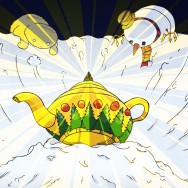 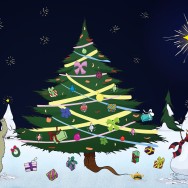 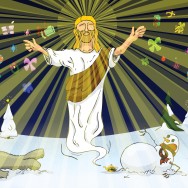 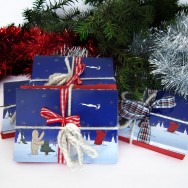 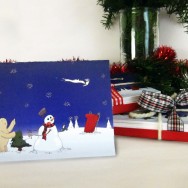